Biography
The origin of Africando is unique in African music: it stems from a project initiated by West African star producer Ibrahima Sylla and Malian arranger Boncana Maïga reuniting New York based salsa musicians with Senegalese singers who have been singing latin tinged songs since decades, i.e. Pap Seck (ex-Star Band de Dakar), Nicolas Menheim (ex-Youssou N'Dour's Super Etoile de Dakar), and Medoune Diallo (formerly with Orchestre Baobab). Boncana Maiga, who was part of the Maravillas de Mali, a band of Cuba based Malian music students, is originally a flautist but also an expert in Cuban music (he is said to own a collection of 6,000 Cuban records!). The Senegalese singers were among the best, and the salsa musicians had worked with Fania All Stars, Orquestra Broadway, Eddie Palmieri or Tito Puente.

The first two volumes were a big success both in Africa and in the rest of the world. Tragically, singer Pap Seck died soon after, in 1995. Replacement was found in Gnonnas Pedro from Benin and Ronnie Baró of Orquestra Broadway, who had already worked with Africando previously. Sadly, Gnonnas Pedro died in 2004.

On later albums, a range of other singers were added in the project (also during live tours), for instance Sekouba Bambino, Amadou Balaké. For particular songs, guest singers were invited, such as Koffi Olomide, Thione Seck, which led to the new name Africando All Stars.
In the beginning, some of the songs were Latin classics sung in Wolof or a mix of Wolof and Spanish, others were Senegalese hits from the past decades. On more recent albums, a number of African classics were redone with latin rhythms and instrumentation. With both approaches, Africando has been equally successful. 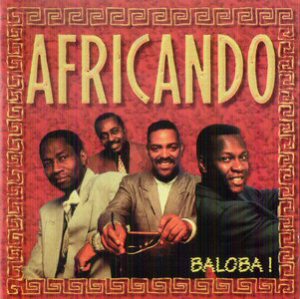