Biography
Sékouba Bambino Diabaté was born in a griot family, as his mother Mariama Samoura was a famous griot. Unfortunately she died when Sekouba was only 3 years old, shortly after she had divorced from Sekouba's father. Although his father was against a musical career for Sekouba, he started nevertheless singing in 1972, apparently for several bands, among others in the Revolution Band. During one of the numerous singing contests in Conakry, a young Sekouba sang Salif Keita's song « Mandjou », a song dedicated to Sekou Touré, Guinea's president whose policy it was (among other, much less beneficial, measures) to promote African culture.
Around 1980, President Touré requested that "the boy from Siguiri", at the time only 16 years old, should replace Bembeya Jazz lead singer Aboubakar Demba Camara, who found a tragic death in 1973.

Sékouba Bambino stayed with Bembeya until 1989 and he then started a solo career. In this, he has succeeded perhaps more than anyone else in Guinea, as his status as one of the best singers in the country is beyond discussion until today. After a few albums, he released the album « Sinikan », recorded with the help of the producer of Salif Keita's album « Soro », François Bréant, and was aiming at an international break-through.

International success came even more when he recorded and performed with Panafrican salsa band Africando, with a first song on « Gombo Salsa », and as a full member on their 2000 album « Mandali » (released in France as « Betece »). 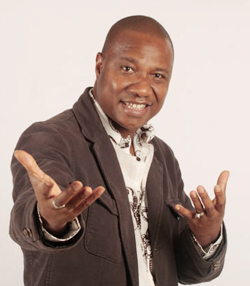