Biography
Salif Keita started his career as a professional singer in 1970, when he became a singer of one of the two big bands in Mali, the Rail Band. The Rail Band, that played in the restaurant of the railway station of Bamako, had already started using Malian musical traditions in addition to Latin classics. In 1973, Salif changed to another big band, les Ambassadeurs du Motel de Bamako, which was considered making more modern music. In 1978, the group changed its name to Ambassadeurs Internationaux when key members moved to Abidjan, in order to look for more possibilities for recording and for reaching new (international) audiences.

In 1984, Salif moved to France and started a solo career and his first solo album, the outstanding « Soro » created a buzz among music fans. The album is seen as innovating because of the, for African music of that decade, particularly high production standards (the album has been produced by François Bréant), and because of the unique mix of beautifully sung African melodies and modern western (electronic) instrumentation. Following albums share the same modernity but lack more and more the African feel.
After the turn of the millennium, Salif went back to Bamako where he recorded a semi-acoustic album « Moffou », which was again a benchmark. By then, Keita had created a cultural centre with a club, and added to this a recording studio, all baptised Moffou, in order to promote the talent of young artists. Later albums such as « M’bemba » and « La différence » share the same mix between melodic compositions, the use of predominantly acoustic instruments and Salif's soaring voice.

If it was for tradition, we wouldn't have heard this voice at all. Being born into a noble family, said to be a direct descendant from the Keita dynasty (ruling the Mali empire from the 12th till the early 17th century), Salif had no right to sing in public. In addition, being an albino, which is seen as a sign of bad luck in malinké culture, he was often alone, and discriminated and so he sought relieve in playing on his guitar. From his early successes, such as « Mandjou » (1978), for which Guinean president Sekou Touré granted him a degree of National Order of Guinea, to collaborations with Wayne Shorter, Joe Zawinul, Carlos Santana and others, we can only be thankful for it that this tradition has not been respected. 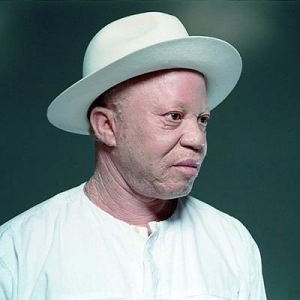 
Born: 25 August, 1949, in Djoliba (40km South of Bamako, on the Niger River)
Style: Mandingo music, both traditional and modernised