Biography
Nahawa Doumbia is one of the most prominent female singers from the Wassoulou region in South Mali. Her popularity can be easily compared to that of Oumou Sangaré, or that of Sali Sidibé. Since her mother died shortly after Nahawa's birth, she grew up with her grandmother in Manankoro, near the regional town of Bougouni. Although her mother predicted shortly before she died that Nahawa would be a singer, her family had tried for a long time to prevent this from happening.

Finally, civil servants from the Ministry of Culture discovered her voice, and she first appeared on stage in 1980 at the Biennale of Bamako. She recorded three albums in the 1980s, before producer Ibrahima Sylla took her to Paris for recording sessions with Boncana Maiga, which resulted in the high-tech album « Didadi » (1988). That was the starting point of an international career. On the albums « Didadi », « Nyama Toutou », and « Mangoni », her approach was to fuse African (wassoulou) rhythms and modern recording technology and instrumentation.

On later albums, « Yankaw », and « Yaala » (the album « Bougouni » was a compilation of older songs), she went back to a more pure approach of playing wassoulou music mainly with traditional instruments and less modern influences.

She is often accompanied by her husband N'Gou Bagayoko on guitar. Her daughter, Doussou Bagayoko has followed her in her footsteps. 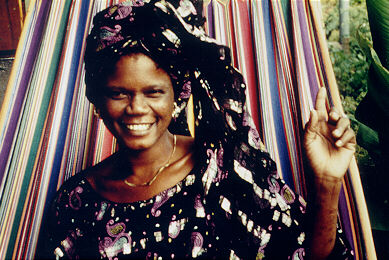