Biography
Doussou Bagayoko (sometimes spelled Bagayogo) is a young singer, daughter of the great Nahawa Doumbia and guitar player N'gou Bagayoko, she had the opportunity to record a CD at the age of 19 years old! When she was 11, she already participated successfully in a song contest organised by Radio Mali.

With her debut album, Doussou's voice already makes waves in Mali. The music is basically wassoulou music, but using elements of zouk. The use of keyboards on her debut album could have been left out, as Malian music is as expressive as can be, and therefore does not needs articifial ingredients.

At the prestigious Paris Africolor Festival in December 2001, she performed with her mother Nahawa Doumbia, she enchanted the audience with her voice and her appearance.

After some difficulties of various nature, she continued to record successful albums, such as « Dayele » and « Danaya ». In Mali, she is still one of the most popular younger generation singers. 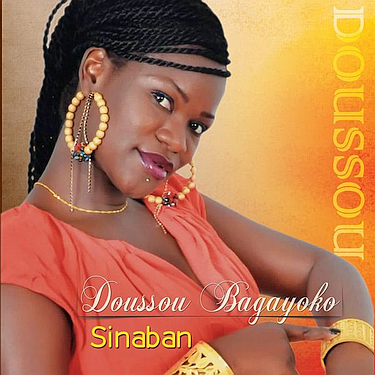