Biography
1988 was a year of educational crisis in Senegal. Students were protesting for better schooling and against the latent lack of basic equipment in schools and universities. It resulted in a year where no classes were attended and the entire educational year was declared void. The young people had spare time and hence a group of friends in the town of Thiès started a band. It took some years before they became a professional band, and adopted their name Waflash.

Taking inspiration from Xalam, Touré Kunda, Seydina insa Wade, Wasis Diop, but also Bob Marley and Manu Dibango, they made a first demo and they were invited by the Dakar FM radio station. Eventually, a first cassette was released in 1996, another one in 1998, in honour of Prosper Niang (of Xalam). The public loved Waflash for its diversity in styles, the voices of the two lead singers Ma Sané and Mamadou Yade and the fresh lyrics on a variety of subjects, such as emigration, African women, children's rights, war or the environment.
Waflash were invited in Algeria and South Africa in 1999, where they visited Robben Island. Two more cassette were produced, in between there was an international tour that brought them to Italy.

In 2003, they recorded two albums, « Bella Casa », probably their best album, and an EP « Mappando », recorded with American musician Ken Stringfellow (R.E.M., The Posies). The album Mappando was among the first releases by an all-digital label UMe (part of Universal Music).

But Waflash had a dream they were fighting for. They wanted to create more room for performing arts in their home town, struck by economic downfall and lack of investment in culture by the national government. After years of hard work and sacrifices, they finally opened the Palais des Arts in Thiès in 2009. During these period, their discographic production was suffering from their building activities, but in 2012 they released a digital single « Wa Aleu Bi », a world music song, and in 2013 another new song « Nanga Fané ». 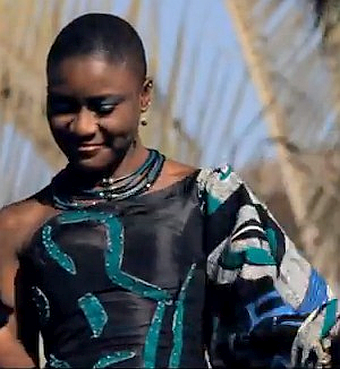 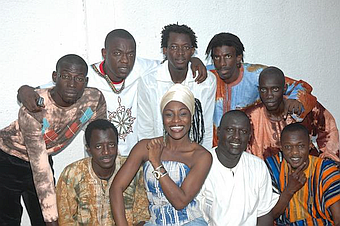