Biography
Touré Kunda are well known for their easily accessible music mixing Senegalese traditions (mainly from the Casamance region) with fusion elements into a sort of Senegalese middle-of-the-road. Their albums sold very well in the 1980s, especially in France.
Amadou Touré, who joined the group soon after its creation in 1979 contributed a lot to the artistic face of Touré Kunda. Tragically, he died during a concert of a heart attack in January 1983. Their next album, « Amadou Tilo », was dedicated to Amadou.

In 1984, Ousmane Touré joins the band, and the following album « Casamance au clair de lune » was a tribute to their home region, the Casamance. In the following years Touré Kunda concentrate on maintaining their commercial success with the 1984 live album (sold 200,000 times) and the album « Natalia », produced by Bill Laswell, as well as some reissues on CD with their best successes of the preceding years. They made successful tours in France, West Africa, Japan and the USA.

Towards the end of the 1980s, they were at the top of their success, and later albums did not reach the same level of success as the previous ones. Nowadays, Touré Kunda consists of the two original brothers, Ismaila and Sixu Tidiane Touré. In 2018, a new album was released, « Lambi Golo » with feastuted artists Manu Dibango and Carlos Santana, and the 1984 live album « Live Paris-Ziguinchor » was reissued at the same moment. 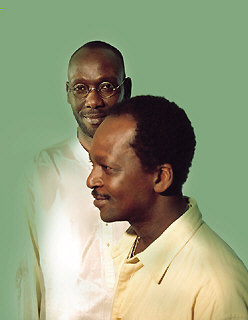