Biography
Djelimady Tounkara is one of the most outstanding guitar players of Mali. As a youngster, he learnt playing guitar, ngoni and kora, but he chose soon to concentrate on playing guitar. He played in the early days of Mali's independence in Pioneer Jazz and Orchestre National "A" before joining the Rail Band in the beginning of the 1970s. And he still is the solo guitar player of the Super Rail Band until today.
The Rail Band has been the starting point of the musical careers of internationally renowned singers such as Salif Keita and Mory Kante and exists since more than 30 years.

On his first solo album « Sigui », Tounkara chose for an unplugged set, with selected musicians to accompany him. Especially the singers, Lafia Diabaté, brother of the great Kassemady Diabaté, and Samba Sissoko, both singers from the Super Rail Band, as well as the female vocals by Mamany Keita, herself singing in the group Tama, and Fatoumata Tounkara, daughter of Djelimady, are well chosen. The album is well recorded and mixed, and can be recommended.

The second album, out in May 2005, offers the same quality. Here, Tounkara is surrounded by a new group of young musicians and singers. 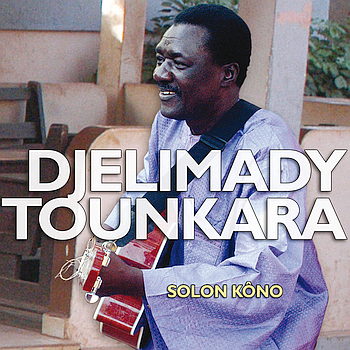