Biography
Kélétigui Diabaté is definitely a "grand old man" of Malian music. Although it was only in 2004 that a first album in his own name came out, his musical career goes back to the days when Mali found its independence (1960). During his stay in Conakry in the late 1950s, he was co-founder of the National Orchestra of Guinea.
In 1960, he returned to Mali to be one of the founding members of the National Orchestra « A », where he excelled in his particular way of playing guitar, reminiscent of the late Guinean guitar player Facely Kante.

Besides the guitar, he mastered other instruments too, such as trumpet, flute, saxophone but above all the balafon, the West African xylophone using gourds as resonators. Towards the end of the 1970s, Keletigui joined the Ambassadeurs and toured with them in the USA. This created the opportunity to jam with Lionel Hampton. He later featured as balafon player on various albums recorded during the 1980s and 1990s, for example with Ami Koita (1988), Tata Bambo Kouyaté (1989), Salif Keita, Adama Diabaté and Toumani Diabaté (1995).

In 1998, Kélétigui joined the band of Habib Koité where he plays balafon and violin. He contributed to Habib's album « Baro » and participated in his world tours.
Kélétigui first solo album was made with the participation of the same Habib Koité and the Ensemble Traditionnel du Mali. It offers an acoustic impression of Kélétigui's career with at times a jazzy feel.
Performing live until the last months of his life, he died in November 2012 at the age of 81. 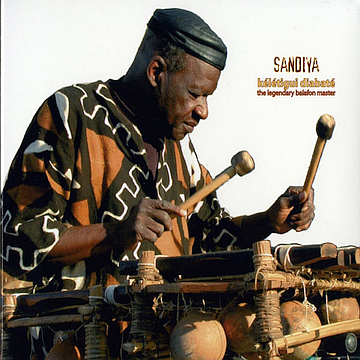