Biography
Bko Quintet is a young group founded in early 2012. French drummer and percussionist Aymeric Krol went to Bamako, Mali's capital, to study Malian percussion, and he teamed up with djembefola master Ibrahima Sarr. The two assembled a group with other instrumentalists and singers, and by doing this, they united for the very first time two cultural backgrounds, that of Malinké griots, and that of the hunters, the donson. Singer Fassara Sacko stands for the griot traditions, and Nfali Diakité is an exponent of the Bambara hunters music, with his impressive sound, accompanied by his hunter lute. His talent is undeniable, as his grandfather is the great Yoro Sidibé. But all five have had an interesting career path before participating in Bko Quintet. For instance Abdoulaye Koné, a descendant of the great Djeli Baba Sissoko, has played with Salif Keita and Tiken Jah Fakoly on their foreign tours.

In a country which was in a state of shock (and in a state of emergency) because of the intrusion of northern Islamic rebellion on its way to Mali's capital Bamako, the group stayed united in their project and after first performances and recording efforts in Mali, they obtained the permission to go to France in order to record their first album. The Bko Quintet is now part of a renaissance of semi-traditional Malian music, along with others such as Bamba Wassoulou Groove and Songhoy Blues, but also with the likes of Samba Touré or Bassekou Kouyaté.

Their EP, followed by their album « Bamako Today » were both well received by the critics and by the Mali music aficionados. A first European tour with around 25 festival appearances in 2014, for instance at the Africafestival Hertme, was met with much acclaim. 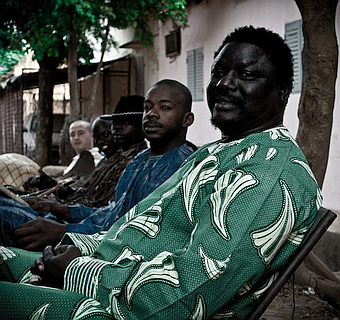