Biography
Tiken Jah Fakoly is more than just another African reggae singer. Born a griot, he has a message to put forward, and he sings about African regimes being autocratic and kleptocratic, the people being oppressed and deprived from freedom of expression.

With his first band Djelys, he recorded two cassettes in the first half of the 1990s, but it was the album « Mangercratie » that made him known throughout Africa. The album was released in Abidjan in 1997, and would be his first international CD release in 1999. In 1998, Tiken Jah performed for the first time in France, and in 2000, he won the prestigious RFI Découverte Afrique Award. More concerts followed and a new contract with Barclay gave him more possibilities to record new albums. For instance, the album « Françafrique » (2002) was recorded in the mythic Tuff Gong Studio in Jamaica.

Tiken Jah Fakoly became a public figure especially in the francophone world. His critical views on African leaders did not remain unnoticed as he was put on the blacklist of persons to be eliminated in his country during the political hate campaign and he could not return to Abidjan until late 2007. Exiled between Bamako and Paris, he continues to write, record and perform, besides his involvement in political protest movements as well as charity activities.

Reggae is popular in the whole of Africa mainly through Bob Marley, and is played throughout the continent, Côte d'Ivoire brought forward some of the most famous stars of the genre, for example Alpha Blondy, Ismael Isaac, Les Frères Keita and now Tiken Jah Fakoly. 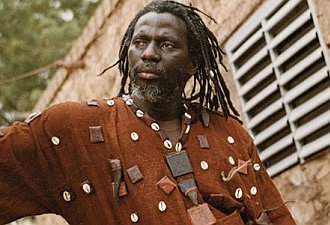