Biography
Alpha Blondy is one of the most successful reggae stars and one of the most prominent African musicians at the same time. Already at young age, he was making music, and he has been a follower of the Rastafari belief. Musically, he has been strongly influenced by Bob Marley. But when returning from a stay of two years in the United States, his parents had put him in a mental hospital because of his strong Rastafari beliefs.

In the early 1980s he was able to record a single « Brigadier Sabari », which is a popular song until today, followed by the album « Jah Glory ». Soon, a record deal with EMI-Pathé-Marconi enabled him to record and tour throughout two decades. He sings mainly in Dioula, French, English, about injustice, political issues, and religion. He strongly advocates reconciliation between the world religions.

Through the popularity of reggae in the whole of Africa, where Bob Marley is still highly respected, Alpha Blondy has a super star status. In Côte d'Ivoire, reggae is still one of the main music styles made in the country. Other artists in this genre are Ismael Isaac, Les Frères Keita, Waby Spider and Tiken Jah Fakoly. 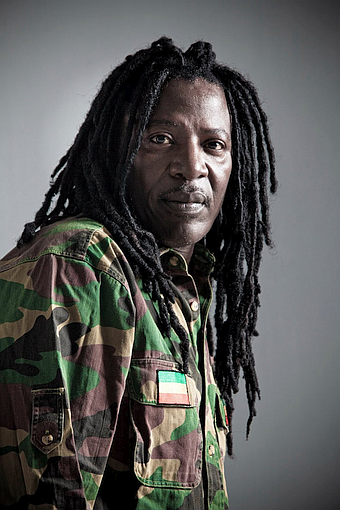