Biography
Hadja Kouyaté is a young griot singer from Guinea. Hailing from the city of Géckédou, she started singing at the age of 5, at ceremonies in the region. In 1989, she made a first stage appearance at the Feskora Festival in Conakry. Related to great guitar players Manfila Kante and Ousmane Kouyate, she started in showbiz by singing backing vocals as of the mid-1990s. She participated as backing vocalist on various, mostly very successful, albums such as « Sinikan » and « Kassa » by Sekouba Bambino, on the album Les Leaders de la Guinée, « Kita Kan » by Kandia Kouyate, « Sabou Sabou » by Djanka Diabate, « Moffou » by Salif Keita, « Touma Sera » by her husband Amadou Sodia and many others.

Thanks to her great voice, both powerful and warm, she started a solo career and first success came with the album « Manding-Ko ». The album was the first release from the traditional catalogue of the Frikyiwa label, until then known for its modern club remixes of Malian songs. The album was jointly recorded with Senegalese kora player Ali Boulo Santo who has recently, by the way, made a solo album of his own. « Manding-Ko » is an acoustic album, meticulously produced by Frederic Galliano and remains close to traditional music while Galliano's arrangements make the album accessible for the ears of novices to Mandingo music.

After the Paris produced afro-pop album « Tomassere », a second Frikyiwa recording has been released, with slightly more instrumental backup than the first album, but still with a largely acoustic feel. In recent years, her albums follow the Mandingo pop style of « Tomassere ». 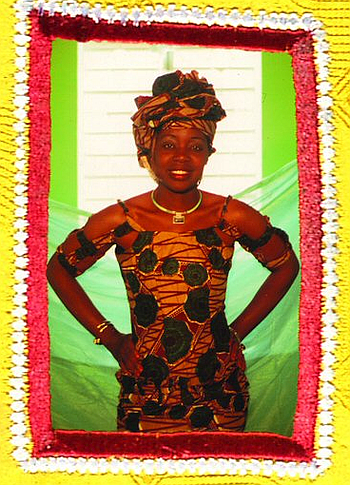