Biography
Ali Boulo Santo is a Senegalese kora player in his early thirties. He is a nephew of the king of the kora Soundioulou Cissoko and was said to be born "with the kora in his hands". Although he had played at various occasions and with various groups in Dakar, he didn't get international exposure until he met Frédéric Galliano in 1999, with whom he would work together for several years.
He first featured on the first album on Galliano's Frikyiwa label, the album « Manding-Ko » by Hadja Kouyate.

Ali Boulo Santo's style of playing the kora is outstanding because of his perfect mastering of this ancient instrument as well as his willingness to innovate (he used a wah-wah pedal for the first time on his kora, before Sekou Kouyaté of Ba Cissoko Trio), and the creativity to combines mandingo music with Senegalese and Western influences. Together with Guinean Ba Cissoko (Trio) and Malian Toumani Diabate he belongs to a new generation of innovating kora players.

After various featurings on Frikyiwa concert tours, Ali Boulo Santo now has made a solo album « Komo Féllé », on which he shows again his talent of fusing kora music with Senegalese rhythms and international influences. His wife, Sira Cissoko and his young daughter Ramatoulaï contribute vocally each on one song. 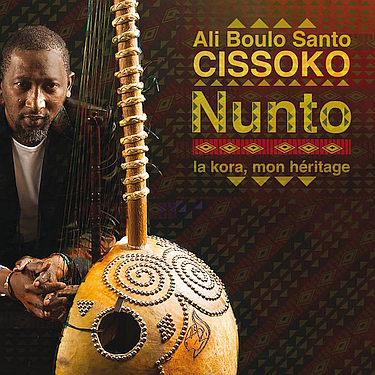