Biography
Ba Cissoko is a young kora player based in Marseille, who has been touring extensively on World Music festivals over the last years. It was only in October 2003 that his first album came out, and it was probably one of the most awaited African albums of that year. Ba Cissoko, nephew of the great kora maestro M'Bady Kouyaté, remains in his way of playing close to tradition, but is modern in his compositions. His group, consisting of Sekou Kouyaté, also on kora, bass player Kourou Kouyaté (both sons of the same M'Bady Kouyaté) and percussionist Ibrahima Bah, is a tight set creating a whole new way of interpreting the mandingo musical heritage. It is mainly due to Sekou Kouyaté's electrically enhanced kora that creates a new sound, which gave him his nickname "Jimmy Hendrix africain".

Ba Cissoko, who learnt playing kora as a child as his family comes from a long lineage of griots, but was also exposed to modern music such as reggae and salsa. His compositions are about religion, his experiences with travelling around the world, as well as a song dedicated to women, an appeal to respect women.

The debut album, « Sabolan », came out on the young French Marabi label, created by Christian Mousset, who has been active for the Musiques Métisses festival in Angoulême, and also for French Label Bleu/Indigo. He and his label were also involved in the revival of Bembeya Jazz.

Not afraid to experiment, Ba Cissoko has worked together with trumpet player Gilles Poizat exploring crossover between West African music and jazz, funk and reggae on « Electric Griot Land » (2006). In 2012, he comes back with a thrilling album, where mandingo music meets and interplays with salsa, rumba, funk, jazz, rythm'n'blues without losing its authentic values. The album, produced by Philippe Eidel (Khaled, Gipsy Kings...), featured the horns of the Ava Saty Marching Band, adding a funky touch to Ba's mandingo grooves. 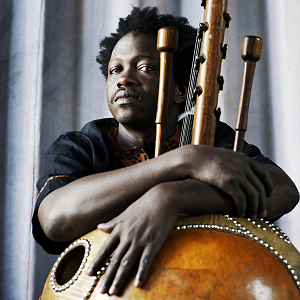