Biography
Kandia Kouyaté hails from the town of Kita, in the West of Mali, where so many musicians come from. Before she was born, it was predicted that she would be very successful. Her father, although a balafon player himself, did not want her to go into music and planned a solid education instead of the uncertainty of a musical career. Secretly, Kandia learnt from her mother and her uncle how to sing and started to perform occasionally at private gatherings.

In the mid-1970s, her father fell very ill and she decided to leave school and joined the Apollos, a popular dance band in Bamako, led by Kandia's uncle Mady Sylla Kouyaté. At age of 18, she married into the town of Kayes, where she received more musical education from her mother-in-law. A visit to Abidjan led to a first recording in 1980. Back in Bamako, she was invited by a wealthy businessman Amary Daou who gave her large sums of money and a car as gifts and he later permitted her to record a second album.
Her music also attracted the attention of another rich businessman Babani Sissoko, who gave her and her ensemble (at the time with kora virtuoso Toumani Diabaté and Bouba Sacko) money, a car and even a small airplane. This all indicates her tremendous popularity in Mali. Outside Mali, she was not that famous because she refused to make a CD-recording for a long time. It is nearly two decades after the start of her career that her voice and talent can be heard by an international audience.
Early recordings, like the album Balassama, were difficult to find for a very long time, until the two CD reissues by Syllart, and a couple of older songs can be found on the CD World Network vol. 42: The Divas from Mali.

In late 2004, Kandia suffered from a stroke due to hypertension and she was thought never to be able to sing again. It was only in 2011, that producer Ibrahima Sylla, who was very ill himself, and Kandia started working on a new album. As Sylla died in December 2013, the album was released by Sylla's wife and his daughter Binetou Sylla in 2015. 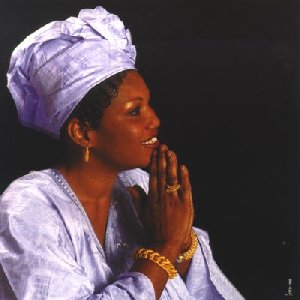