Biography
Aida Samb is born in a family of Toucouleur Gawlo, (griots, musicians and historians). Her mother, Fatou Sy Samb, sang with Baaba Maal during camp fires when they were in collega (Lycée Hameth Fall in Saint Louis). Her grandfather, Samba Diabaré Samb was one of the great names in traditional music in Senegal. Already when she was 8 years old, she was very active in music, and she was directing the school choir. In 2001, she was asked to sing for a campaign aimed at increasing the number of girls attending school. In 2004, she was introduced, via her uncle, to Kabou Gueye who worked with Youssou N'dour and with the label Jololi. She signed a contract for 4 years, and she made appearances as backing vocalist on various albums, among others of Youssou N'dour, Pape Diouf, Kiné Lam, Abdou Raas, Yoro Ndiaye, among others.

In 2012, Aida Samb was one of the nominees at the Kora Awards, which were held in Abidjan in that year. She competed in the category Best Female Traditional artist, which she won with her song « Sarabaa ». In the same year she became quite famous in Senegal as one of the exponents of a new generation of artists. Her 2012 album carrying the same title « Sarabaa » is widely available on the legal download and streaming platforms.

In 2016, she surprised with a single « Yaw Rekk » featuring Nigerian superstar Wizkid, and in 2017 she released a more traditional mbalax-style single « Degë Na ». 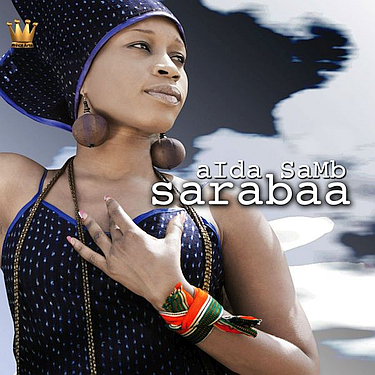