Biography
Baaba Maal has become one of the most important singers from Senegal. His music is based on the traditions of the Haalpulaar from the north of Senegal, and distinguishes itself from the mbalax music by the Wolof, predominant in Senegalese music.

Baaba Maal started with an acoustic ensemble, halfway the 1980s he created his own band, Daande Lenol. With the success of Youssou N'Dour in mind, Baaba tried to conquer international music markets through mixing different styles with his own music, in which he, generally speaking, succeeded quite well.

Parallel to the international releases, Maal continues to record the more traditional and acoustic albums, following his all-time classic album « Djam Leelii », recorded with Mansour Seck. Another faithful companion was kora master Kaouding (or Kawding) Cissoko who passed away on 17th July 2003 at age of 38, after an acute attack of tuberculosis.

In recent years, his album production slowed down, for various reasons, not the least because of his humanitarian activities. Fortunately, in late 2007, a new album came out, followed in 2008 by a live album that was released as a limited LP edition and as a digital download only. Included are live versions of a few of the finest songs in Maal's work plus three collectors' items  a song called « Iyango » which has never been released before, together with « Farba », a tune from an Africa-only cassette release, and « Bamba ». 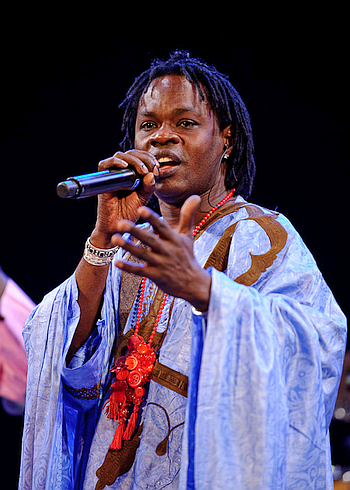