Biography
Kiné Lam is one of the most famous female voices of Senegal since the late 1980s. She was the first woman singer in Senegal to form her own band, and the first to sing in the modern mbalax style.

As early as in 1972, she started a traditional group that used to play in various cities and towns. Subsequently, she joined the Theatre Daniel Sorano in Dakar, the only national theater in Senegal. She was an artist in residence for 12 years.

In 1989 she left the theatre and started the group Le Kaggu, which stands for "library". Her first album, « Cheick anta Mbacké » produced a number-one hit in 1989, and she has been voted Senegal's best female vocalist three times.

During the 1990s, she was very productive and released numerous albums. Married for many years with Ndongo Malick Coumba Thiam, surnamed 'Dogo', she became widow in 2019, as her husband died after years of illness. 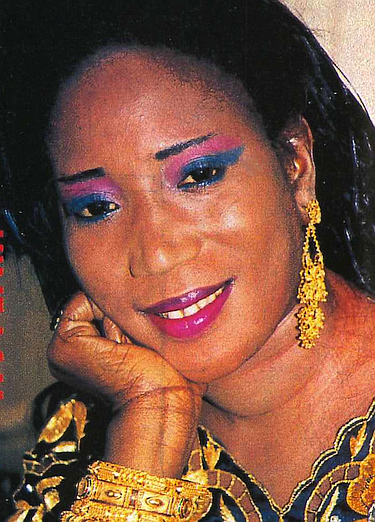