Biography
Positive Black Soul (PBS) is one of the first rap and hip hop outfits from Africa that had signed a contract for an important European label. In 1994, they already worked with Baaba Maal, who was under contract by the same label. Since then, PBS released several cassettes in Senegal, but due to contract problems they were not available in the rest of the world. It lasted until 2001 before a second CD album was released world wide.

The popularity of hip hop in the whole of Africa is considerable, and especially in Senegal, there are numerous groups. Besides Positive Black Soul, Daara-J and Pee-Froiss are the most famous bands, but other bands, such as Bideew Bou Bess and Djoloff have also released albums outside of Senegal.

In 2002, Didier Awadi released a solo album « Kaddu Gor ». It would eventually mean the end of PBS. Awadi created his own group called PBS Radikal with whom he recorded a new album « Un autre monde est possible » which was released internationally in 2005. 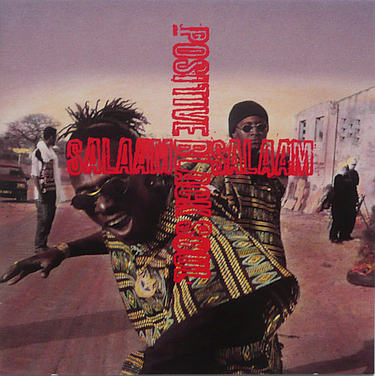