Biography
Ismaël Lô was born from a Peul mother from Niger and a Wolof father who was working in Niamey. Ismael grew up in Rufisque (Senegal), where his family came from. Already as a child, he made his own guitar with recycled materials. He also learned to play the mouth-organ and he fixed it to the wall to have his hands free to hold the guitar at the same time. With Otis Redding, Jimi Hendrix and Wilson Pickett as inspiration, he was presented to the public at the age of fourteen, playing the two instruments at the time for the national television.

In 1979, he joined Super Diamono de Dakar, and several albums were recorded, such as « Ndaxami » and « Mam ». In 1984, Ismael started his solo career, with Vieux Faye, a guitar player, Sélé Thiam, former sax player of Super Diamono and Thio Mbaye, percussionnist of the Ballets d'Afrique Noire. Apart from numerous local cassette productions in Senegal, he recorded a number of albums in Europe. His popularity in Senegal was almost immediate. His music, a mix of softer guitar melodies with soulful vocals and the up-tempo mbalax rhythms, as well as the lyrics, addressing social issues and politics, contributed to the success.

The international recognition came with the compilation album « Jammu Africa » in 1997. His duet with Marianne Faithfull on that album brought considerable international exposure. Over the years, he has worked with various Senegalese and international artists, for instance with Fode Kouyate, Demba Dia, Alioune Kasse, Marone & Co, Thione Seck, Bisso Na Bisso, Africando, Stephan Eicher and Jane Birkin. In 2004, he toured extensively in Southern and East Africa, ending in Morocco. In October 2006, his last album « Sénégal » was released. 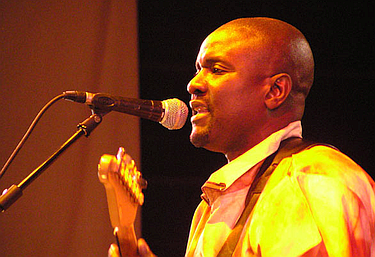