Biography
Amy Collé Dieng is part of a younger generation of female singers in Senegal. Born in the town of Thies, 70 km East of Dakar, she grew up in Dakar. Youssou N'Dour has seen her sing when she was young, and she remained in contact with him over the years. Since 2003, she has been part of Youssou's Super Etoile de Dakar as a backing vocal. Amy participated in international tours with the Super Etoile, also following the release of « Egypt », the Grammy Award-winning album with traditional musicians from Dakar as well as Egypt [1]. Amy also sang as backing vocal with Ndongo Lo and Kiné Lam [2].

In 2006, Amy Collé recorded her first album « Defar Ba Mou Baax » for the label Jololi, the label of Youssou N'Dour. The album was an instant success, and the title song is still a well-loved song in Senegal. The success seemed to have a side-effect as well, as in 2009, the singer started a legal procedure against a publicity company because of unauthorised use of the song in a TV ad for Rama butter in Senegal [3]. In 2011, she leaves Jololi and signs with the Dub Records label in the Netherlands. Amy Collé recorded with Dub Records her second album «Maturité » in 2013. With popular new songs such as « Naby », « Fans Yi » and « Sama Choix », several high-standard video clips were made, and plans were ready for an international tour.
In 2019, she came back with a single « Muñel », again for Prince Arts. 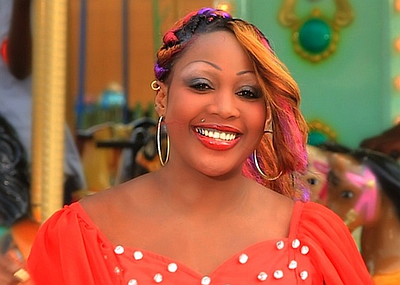