Biography
The band Samba Mapangala is one of the many artists who had left Zaire to search for new audiences in East Africa, mainly Kenya and Tanzania. This Zairian exodus started in the 1960s, reached its top during the 1970s and ended in the early 1980s. These musicians left because of difficult political and economic conditions in Congo, because of the stiff competition between the numerous orchestras as well as the dominant position of Franco and Tabu Ley Rochereau in the 1970s and 1980s. East Africa offered new audiences, record companies and studio facilities.

Samba Mapangala left first for Kampala, Uganda, in 1975, where he created his orchestra Les Kinois. They arrived in Kenya in 1977, and they were soon loved for their music characterised by light guitar playing on a strong basis of drums and bass. In 1980, Les Kinois broke up, and Samba formed a new band Orchestre Virunga, named after the Congolese Virunga mountains. In the early 1980s, the first Virunga album « Malako Disco » was a huge hit and resulted in a first European release. This was followed in the 1990s by a few European releases made with Paris based musicians such as Diblo Dibala, Pablo Lubadika and others, playing a somewhat different style, closer to that of Les Quatre Etoiles. The original East African style can be enjoyed on a compilation album « Virunga Roots volume 1 » with a collection of older successes of Virunga.

Nowadays based in the United States, Samba continues to perform and release albums. He also participates in the Occidental Brothers Dance Band International, an American/Panafrican band. 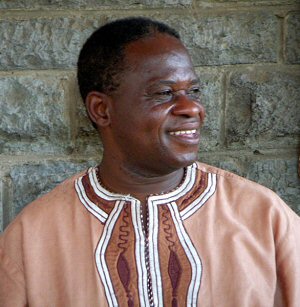