Biography
Ricardo Lemvo & Makina Loca are based in California. Their music is predominantly salsa, but spiced with congolese soukous flavours. Lemvo's music reminds therefore of that of Africando, trying to tie afro-cuban music to its African roots. Of course, the other way around, since the 1940s and 1950s, modern African music was heavily influenced by latin music. During the 1960s and 1970s, African music tried to replace this latin foundations by African rhythms. Now, the two are meeting again...

Ricardo is of Angolan origin but was born in Kinshasa (Democratic Republic of Congo), where he was exposed both to Cuban music (among others Johnny Pacheco) and to Zairean rumba by Joseph Kabasele. After joining his father in California, he started to sing in local Cuban bands. In 1990, he created Makina Loca together with Cameroonian guitar player Louis Wasson. 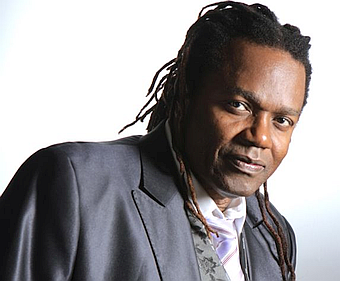 Born: in Kinshasa
Makina Loca was created: in 1990 by Lemvo and Louis Wasson
Style: salsa with Congolese influences