Biography
Fally Ipupa is at the moment the most popular solo singer in Congolese music. He has been known as one of the singers of Koffi Olomide's Quartin Latin since 1999. On Koffi's latest album « Monde arabe » he signed for the song « Pharmacien ». Earlier well-known Quartier Latin songs composed and sung by Fally are « Ko Ko Ko Ko » (on Affaire d'etat), and « Eternellement » (on Force de frappe).

Although it has been quite unusual for Koffi Olomide to allow band members engaging in solo projects, some reports state that Fally did initially get this permission. He is said to continue to be a Quartier Latin member but is given enough space to develop his solo career. On another occasion, Fally himself declared in a later interview that he left Quartier Latin, but if Koffi Olomide would need him, he would be there. Considering the success of his solo career, it became clear soon that he left the band definitely.

Fally claims to be inspired by Koffi's lyrics, Papa Wemba's voice, but also by Werrason and JB Mpiana. In his own music, he uses a lot of influences from North-American music, mainly r&b and soul. His debut album « Droit chemin » is produced by Maïka Munan, who has worked with many big names in Congolese music (Tabu Ley Rochereau, M'Bilia Bel, Papa Wemba, Afia Mala). The album, a CD with a bonus DVD with a few video clips, met considerable acclaim, although some regret the r&b feel of part of the songs. Especially among the female audience he is popular for his sweet and elastic voice, and surely also for his looks. In April 2007, he gave a concert in the legendary Olympia theatre in Paris, of which a DVD recording is available. A few weeks before, a DVD « Droit chemin - l'intégrale des clips » came out, showing all clips of the album, plus remixes, with featurings by Martiniquan Krys (song: Droit Chemin remix) and Benji (of the French group Neg'marrons) on the track Sopeka. 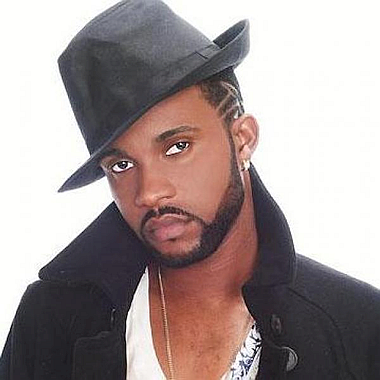