Biography
Papa Wemba's career started early 1970s when he was one of the singers of Zaiko Langa Langa, a young band with a radical new style. Ambitious as he is, he left the band and created, along with Evoloko Lay Lay, Mavuela Somo and Bozi Boziana, a new band Isifi Lokole. Although successful, the outfit fell apart after a year and Wemba, Mavuela and Bozi formed Yoka Lokole. Due to various difficulties, the band would not last much longer, and in 1977, Papa Wemba decided to set up a new line-up, Viva La Musica. By 1986, he was ready to enter the European music market, for which he recorded separate solo albums, parallel to the Viva la Musica group albums. His distinct voice and his exceptional musicality have certainly helped him to gain international acclaim.

In 2003, Papa Wemba comes in serious conflict with the French authorities, for allegedly having facilitated illegal immigration into France of young Congolese by claiming them being part of Viva la Musica. He spent some time in prison in France, for what became popularly referred to as « affaire Ngulu ». Since his provisional release, he has set up a new band (Nouvelle Tendance) in France, while the Viva la Musica and Nouvelle Ecrita band members were left behind in Kinshasa. For some time, Papa Wemba was not allowed to leave France. In 2010, he came back with a new album, « Notre Père (Rumba) », followed by the 2014 album « Maître d'école ».

In the early morning of 24 April 2016, Papa Wemba died at the age of 66 during what turned out to be his last concert on the Festival des musiques urbaines d'Anoumabo (FEMUA) in Côte d'Ivoire, he collapsed during the third song. He died shortly after. 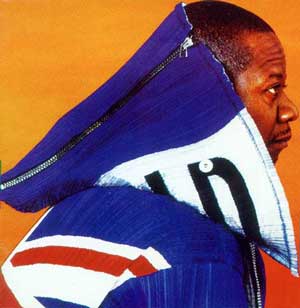