Biography
SMOD was created by three youngsters, rapidly joined by a fourth member. The name was derived from the first letters of their nicknames, Sam, Mouzy, Ousco and Donsky. Although Mouzy left for France in 2001, the name of the band did not change. The next year, their first album « Dunia Kuntala » came out. The success in Mali was instantaneous, and they toured with Magic System, Tata Pound and Kibaru in Mali. A second album was recorded with the help of Manu Chao who has worked intensively with Amadou & Mariam, who also participated in the album. Amadou & Mariam are the parents of SMOD member Sam. Also, Malian rapper Lassy King Massassy featured on the album.

As SMOD practised a lot on Sam's parents' roof top, the link between Manu Chao and SMOD became stronger. SMOD contributed to the song « Politic Amagni » (politics are bad) on Amadou & Mariam's album « Dimanche à Bamako » and SMOD performed as the opening act of a Touré Kunda concert, as well as for Amadou & Mariam's concert in Olympia. It was only a matter of time that Manu Chao and SMOD would work together on a new album.

SMOD call their music « rap'n'folk ». Their rap with three voices and Sam's guitar was successful in Mali because of the lyrics, generally about politics, and the problems young Malians encounter in personal and professional life. In order to be successful in Europe, Manu Chao added his " musical sauce " which can be well heared on the song « Ça chante » on the 2010 self-titled album. 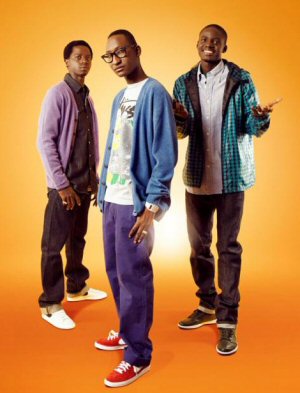