Biography
Magic System is a popular outfit from Abidjan, unknown until the title song from their second album « Premier Gaou » was relayed extensively by Claudy Siar from French radio station RFI. Soon, the song was in France's clubs and hit parade, especially after a remixed version by Bob Sinclar. Magic System performed in the prestigious venue le Zénith in Paris, inviting Extra Musica and Koffi Olomide as guests, the two had helped them earlier at the start of their international career. 1.5 million albums have been sold in Africa alone. Revitalising Zouglou, a popular music style in the 1980s, they had more hits to come.

Magic System released several albums, and embarked upon collaborations with other artists, mainly from France and from the Maghreb. Examples are the song « On ne sait jamais » with French singer Leslie (in 2002), « Un Gaou à Oran » with Afro-Maghreb-French rap group 113, a remix of « Bouger Bouger » with Mokobe, and, in 2009, « Même pas fatigué » with Khaled.

In 2015, they released an album « Radio Afrika » with remakes of 12 African classics from all over the continent, such as « Sweet Fanta Diallo » or « Mario ». 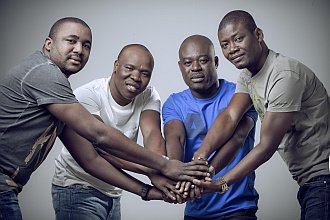