Biography
Moh! Kouyaté was born in Guinea's capital Conakry in a family surrounded by music. At the age of seven, he started to play the balafon accompanying his father and his uncles during their musical performances at baptising or wedding ceremonies, or at street parties. One day, he took his father's guitar and broke a string. His father decided to teach him to play his first chords. His grandmother bought him a locally built guitar. Moh started to listen to Guinean guitar masters such as Sekou 'Bembeya' Diabaté of Bembeya Jazz and Ousmane Kouyaté, who has been a long-time guitar player with Salif Keita.

Moh started to play with Ba Cissoko and Sia Tolno and after some time, he created his first band Conakry Cocktail. In the meantime, some of the best guitar players of Guinea had recognised his talent, and one among them, Amadou Diallo, made him discover the album Tenderly by George Benson and Moh started to listen to Django Reinhardt, Santana, BB King, Ben Harper, Jimi Hendrix... In 2004, he met bluesman Corey Harris who had worked with Martin Scorsese and Ali Farka Touré on the movie « from Mali to Mississippi ». In 2005, Corey invited Moh! to join him on a three month tour of the US. During this tour, Moh discovered the links between the Blues and his West African roots.

In 2007, Moh arrived in France where he met many artists and worked with Ba Cissoko and Fatoumata Diawara, he has played on several songs of Fatoumata's album « Fatou ». Moh also started writing and recording songs of his first album « Loundo (Un jour) » which was released in early 2015, preceded by an EP « Cilo » in 2013. The album comes with refreshing songs, showing influences of Mandingo music, afro-beat, mixed with funky elements on the song « Yéllé ». There are featurings by Vincent Ségal and Piers Faccini on « Gassata », and by singer Mariama (from Sierra Leone) on « Darré ». 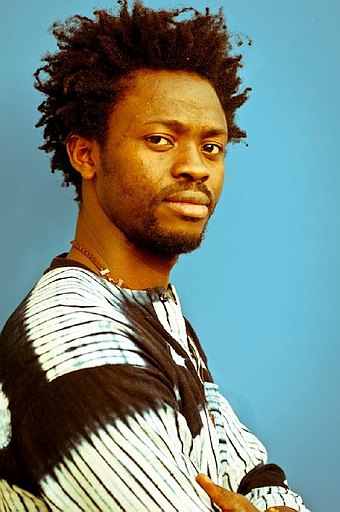