Biography
Kamaldine is a star in Guinée since she released her first cassette in 2002. Although she is new in the Guinean charts, she has been singing since 1987, as backing vocalist for a variety of artists. In 1988, she toured with Love System in Guinée, and in 1989, she was backing vocal in Doura Barry's song « Les filles de mon pays ».

In 1991, she participated in the « Découvertes RFI » Gala in Conakry, and a year later she performed again with the Love System, this time in Dakar. She decided to settle in Senegal in 1993, where she worked frequently as a backing vocal with several Senegalese stars, such as Alioune Mbaye Nder and Positive Black Soul.

It was during her stay in Senegal that she met star producer Boncana Maïga, who decided to take the challenge to record a first album. This first album has been repackaged and released in 2004 for the European market. The year 2004 started quiet for Kamaldine, she have birth to a baby in April first. In November she has been nominated for the Kora All-Africa Music Awards in South Africa in the category Best West African artists where she competed with Soum Bill and Chantal Taiba. 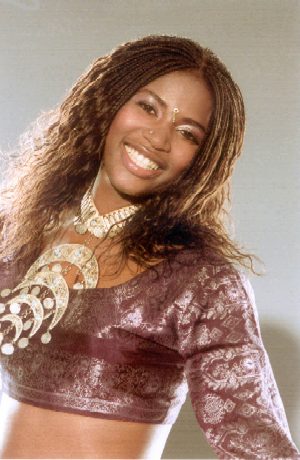