Biography
Joe Dioubaté (sometimes written as Djoe Dioubaté) is a talented musician gifted with a beautiful voice, who has been active in music for years, but predominantly contributing to the work of other musicians.
Joe featured on songs of various Guinean artists and groups, for instance Kill Point, Alkebulan, Elie Kamano alias Djélimankan, hip hop band 3ème Type and on Anny Kassy's « Femme ne pleure pas », a song against female genital mutilation.

Born in Mamou, he grew up in that same town, he went to college but already during school holidays, he was busy with music. He formed a group with two friends, but with little success. He decided to draw his own plan and his father, guitarist with Syli Authentique, took him to Sekou Kanté, who played guitar with Kerfala Kanté and Salif Keita and teached Joe to play bass. Around that time, in 1996, he entered University in Conakry where he studied public law. But the music business kept drawing his attention, and after the guitar, he learnt to play keyboards as well.
In 2003, he recorded a first album in Dakar, « Résolution », but unfortunately, this album has never been distributed. Only when he met producer Jackariaou Diallo (a.k.a. Mr. Jack), things started to look brighter, and in June 2007, a new album, « Révolution » came out. On the album, there are popular tracks such as « Conakry » ( Conakry, c'est ma capitale, où je vis et je suis sans un capital), where he speaks of the hopeless situation young Guineans are facing. Other songs are referring to the public unrest and the following bloody intervention by the Guinean President in early 2007. The album offers eleven songs in various styles, from reggae to dance hall.

On 11 November 2007, he was granted two prices (for best solo album and for best singer) at the Guinean Golden Cassette for Hip Hop Awards 2007. Only days later, he was victim of a traffic accident, and it took him months to recover. In 2009, he worked on a new album, that was released in 2011. Periods of inactivity were alternated with occasional singles, mainly distributed on Youtube, such as « Walou » (2017), « Men Djabhata » (2020). One song has been released officially on main platforms, e.g. « La Guinée Fouloun » (2019). 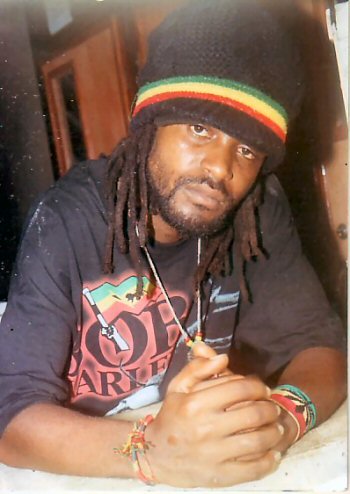