Biography
Djeli Moussa Diawara, also written as Jali Musa Jawara on earlier albums, has been playing in the Rail Band together with his half brother Mory Kanté in the 1970s. He then played guitar, balafon and kora, but soon he preferred to focus on the kora.

In 1979, he and Mory Kanté left for Abidjan, where he was the lead guitar player of Kanté's band. When Mory kanté left for Paris, Diawara formed his own ensemble, consisting of his outstanding kora playing, combined with balafon, guitar and female chorus. His first album, the 1983 « Yasimika » recordings, became a cult album and was much traded among West African music collectors. It was rereleased several times and became eventually available on CD.

Later, he sought to bridge his music with other styles and instruments, such as the flamenco guitar, and the hawaian guitar of Bob Brozman. He also participated in the much acclaimed Kora Jazz Trio. 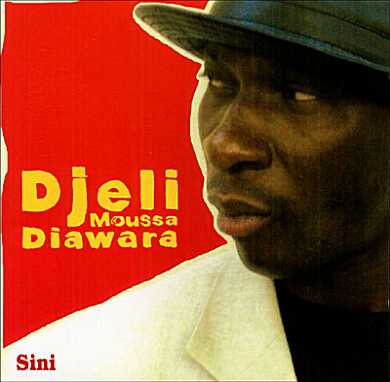