Biography
Sally Nyolo began her international career as one of the singers of Zap Mama, a Belgium-based group of a-cappella singers, led by the Belgian-Congolese Marie Daulne. Zap Mama was extremely successful during the 1990s, and Sally was part of it from late 1992 till late 1996. But before that, Sally Nyolo was active as backing vocal and singer on many records and concerts of Toure Kunda, Princesse Erika and others.

After she left Zap Mama, her musical talents, both as singer and as composer, developed further. This enabled her to bring out several solo albums, largely drawing on the same musical sphere as Zap Mama, but increasing the use of traditional rhythms and instruments from the forest region of central Cameroon.

Her vocal abilities are stunning, the musical pictures she is drawing are intriguing... 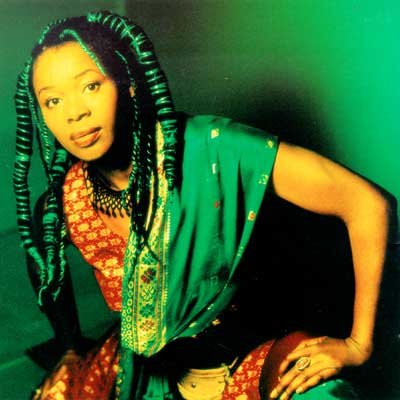