Biography
Queen Etémé started singing in a gospel choir of about 100 members. Her alto voice was noticed very soon. Living in France, she had an inspiring meeting with American gospel singer Carole Fredericks who had lived the last 20 years of her live in France. She was soon recruted to sing the backing vocals for various artists, such as Manu Dibango, and occasionally also for Gino Sitson, Wes Madiko and Geoffrey Oryema. She would continue to be part of Manu Dibango's band.

On her first solo album, « Soki », she mixes afro-jazz with gospels influences, but she also using rhythms from her native Cameroon, such as bikutsi, mangabeu, and also Congolese ndombolo.

She sings in Eton, Bassa, but also in French, English and Lingala. The title song « Soki » means "what if" in Lingala, in the song she wonders "what if people would love each other more?", or "what if there is no more war in this world?".

In 2008, she recorded a second album « Lafi » (everything is fine in Moré). She now lives in Benin, where she recorded a third album, « Amazing Encounter », which is a 100% gospel album. 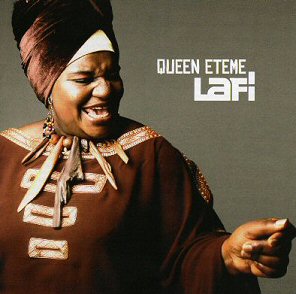