Biography
Gino Sitson is an extraordinary multitalented musician, hailing from West Cameroon. He is successfully blending African polyphonic traditions with jazz and blues, using his acrobatic vocal abilities. His first album was mainly vocal, on his second album « Song Zin'... (Vocadelic Tales) », both vocal and orchestrated pieces can be found.

He is able to imitate various instruments and effects with his voice only, his music is very original and full of humour. Yet, the music is never shallow or superficial and he explores the possibilities of tradition and modernity in a well-balanced manner.
He is mostly singing in Medumba, one of the Bamileke languages, that are so well suited for bluesy music.

Gino studied ethnomusicology in Paris (Sorbonne), where he started his stunning success as a vocal "acrobat", performing with numerous artists such as Manu Dibango, Jorge Ben and Papa Wemba, among others. In 2001, he moved to New York, where he performs and where he composes soundtracks. 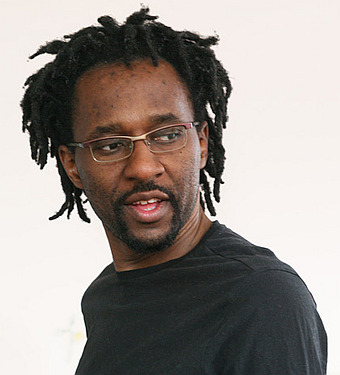