Biography
Devally Inac is a new name in Cameroonian music. At his birth in Garoua, North Cameroon, he was mixed up with another baby in hospital and lived for seven years in a Bororo nomadic family until his biological parents eventually tracked him down after years of searching. In a way, it is as if his musical univers has been influenced during his early childhood, since his music has a strong savanne flavour, close to the music of Faadah Kawtal. He actually met Isaac Woumba and Adam Louis Pierre Nyam of Kawtal - as the band was called initially - when they were recording the sound track of the movie « Le maître des éléphants » by Patrick Grandperret.

In 1996, he started performing in various venues in Douala and Garoua and he was able to make a tour in Equatorial Guinea. He has been pre-programmed at concerts of Monique Seka and Pierre Akendengue, and participated at the MASA festival in Abidjan (Côte d'Ivoire). When he was a backing vocalist of Ekambi Brillant during his French tour in 2000, he decided that the time was there to start a solo career. Finally in 2004, a first CD, released on the international market comes out, offering a varied repertoire of North cameroonian Ngoumba Balewa, reggae and afro-pop styles. 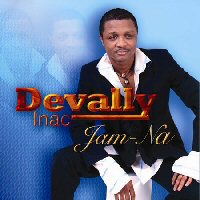