Biography
Viviane Chidid has become a star in Senegal in a very short time. It was in 1999 that she released a first album. Since then, her unique style blending R&B and mbalax, and her sensitive voice has made her into a star, and she is starting to have some success outside Senegal too.

Viviane, born from Senegalese and Lebanese parents, has been working as a backing vocalist in Youssou N'Dour's Super Etoile de Dakar since 1993. Viviane, who married a few years later with Bouba N'Dour, Youssou's brother and manager, continued to sing with Super Etoile. She sung the big international hit of Youssou N'Dour with Neneh Cherry, « Seven Seconds », during live concerts, and the experience she had by working with Youssou was welcome when she decided to start a solo career. Her first single, « Sama Nene », was right from the start a big hit in Senegal and since her style was something new, she rapidly became very popular in Senegal and the rest of West Africa.

In 2001 she formed her own band, Le Jolof Band, and a first live album came out. By 2003, she has made five albums in five years, thus maintaining the level of popularity in Senegal. She is now as big a star as Coumba Gawlo, and is seen as a diva and role model for young Senegalese women. 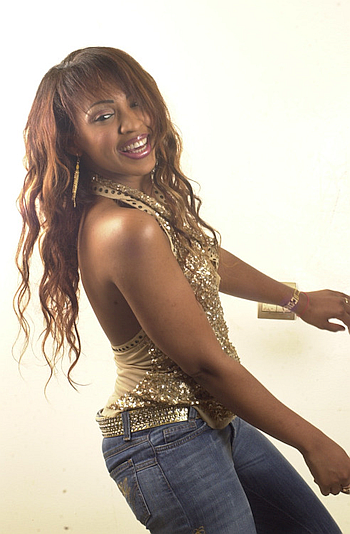