Biography
Coumba Gawlo is a very gifted singer from Senegal. She was born in a musical family, and at very young age she used to sing along with her mother Fatou Kiné Mbaye. Gifted with a remarkable voice, her father added her surname gawlo, meaning griot in Pular language, as he predicted a great career for her.

When still a student, she recorded a couples of cassettes that were quite successful in Senegal. These albums were « Seytane », « Accident », « Deweneti », and « Kor Dior ». In 1996, a first CD was released with songs from the albums « Deweneti » and « Kor Dior », with the album title « Coumba Gawlo » but the album was more commonly referred to as « Aldiana ». Coumba's fame was already established in Africa, but an international breakthrough was yet to happen.

With the help of French singer Patrick Bruel, she recorded a new album « Yo Malé » for BMG France in 1998, which was meant to conquer the European market and the album met considerable success at least in France. The album is known for its remake of Myriam Makeba's « Pata Pata », of which a single was released. Another hit album was a duet with Souleymane Faye in 2003.

Coumba sings about contemporary problems such as immigration and the large Senegalese community in France. She has created an association to give aid to homeless children in Dakar and is also a goodwill ambassador of the United Nations Development Programme (UNDP). 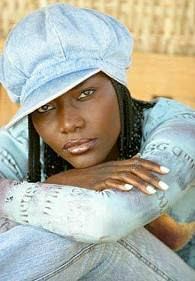