Biography
Touré-Touré is the name of a duo formed by two cousins Omar Touré and Daby Touré who teamed up again when both settled in Paris. The album « Laddé » is their only album as the duo split up in 2001, Daby Touré wasn't satisfied with the progress of their group and decided to start a solo career.

Both are related to the famous Touré Kunda brothers, and their music is equally accessible and pleasant for African as well as European and American ears, although the Touré-Touré album has a bit more jazzy feel. The album was a minor hit in France and can be recommended for those starting to listen to African music. 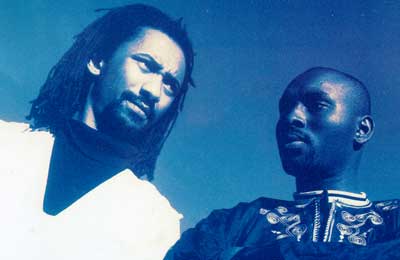