Biography
Ndeye Fatou Tine, better known under her small name Titi has become a successful singer. In 1995, she sang as backing vocalist with Aby N'Dour and increasingly she was asked to sing with established artists, such as Souleymane Faye, Fallou Dieng (for his entire USA tour!), Salam Diallo, late Demba Dia, Guinean (but Dakar based) Fanta Mbacké Kouyaté, and Maestro Alassane N'gom and his Salsa Stars. She was having difficulties finding a way to start a real career in music, and in 2000, she decided to leave the music scene, and migrated to Conakry, Guinea, where her husband was for professional reasons. But in Conakry too, she could not forget the music and she performed in local clubs with a band she set up with musicians from Senegal, Guinea and Sierra Leone. In the Guinean capital, she received the nickname « Titi l'Ange » (angel Titi).

When Youssou N'Dour was in Guinea for a concert, the two met and he proposed to work together for his label Jololi. On 30 April 2003, she sang with Youssou N'Dour for a first time, and it was the starting point of a bright career. In the same year, she released a first cassette « Kuné Ak Lila Yëngël », with popular songs « Mbëgëël » and « Alaaji Aas ».

In 2006, a second album brought her a nomination for the Kora Awards, and with the 2008 album Façon, with which she was one of the contenders at the Senegal Music Awards (SENMA) for Best Album and Best Song with the track « Tayumako ». The album also carried the popular song « Music ».

In 2013, the album « Titi la lionne » was a commercial success with popular songs such as « Gen ji dekk (or Gueun Ji Deuk) » and « Jiggen Feem ». After that, her contract with N'goné N'dour's label Prince Arts was discontinued. She nevertheless managed to organise a concert at the Grand Théâtre de Dakar in March 2014, and in 2015, she released another album. Recently, she signed a new contract with Prince Arts, which resulted in a new album « Ay Nammante Lë ». 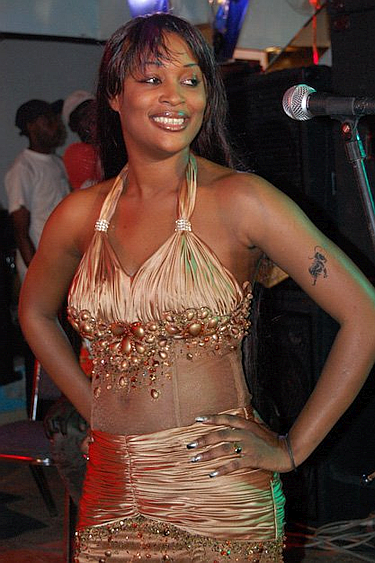