Biography
Les Frères Guissé, a trio formed by Djiby, Cheik and Aliou Guissé Guissé, originate from the Fouta Tooro area in the North of Senegal, which is also the home region of Baaba Maal, Mansour Seck and Ngaari Laaw.

Their music is based on different rhythms of the Toucouleur, such as the Yela, but the Guissé brothers prefer saying that their music is universal, for all ages and races. They performed on the Festival Africa Fête in Paris, the MASA in Abidjan, the Festival d'Eté de Québec as well as on the Festival Mundial in Tilburg, Netherlands.

Les Frères Guissé released three cassettes on their home market between 1995 and 2001. It took a while before their music was widely available on CD. In 2002, two of the three brothers participated in a project Suuf, initiated by Simon Sleath (a former Real World employee), and was an encounter between Senegalese musicians and vocalists, percussionist Aliou Guissé, guitarist and singer Djiby Guissé both from Les Frères Guissé, guitarist Doudou Konaré from Super Diamono, bassist Dembel Diop, vocalists Biram Seck and Hady Guissé on the one hand, and European musicians (Justin Adams, pianist Sarah Class) on the other hand.

Another CD has been released in 2003 as the result of a joint recording with the Dutch Paul van Kemenade Quintet Plus, with whom they are touring in the Netherlands again in March 2005. Also in 2005, a CD compilation with older songs «Siré » was released. In 2008, an album with new recordings, « Yakaar » has been released. 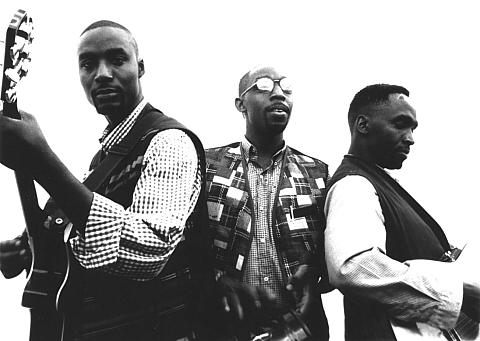