Biography
Wenge Musica was formed in 1981 as a young outfit of modern soukous music. As with so many Congolese bands, artistic or personal differences or financial difficulties led to several personnel changes as some of the band members leave and create a band of their own, but drawing on the name of the original band.

The Paris wing has not had the same level of success compared to the Kinshasa based factions Wenge BCBG and Wenge Maison Mère. 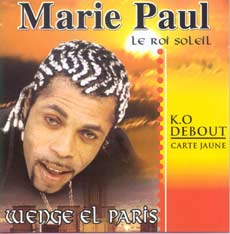