Biography
Félix Wazekwa is part of a younger generation of Congolese singer-songwriters in the soukous genre. he started his musical career in the early eighties with Kin-Verso, a band in the Matete neighbourhood of Kinshasa.

In 1985 he went to Paris to study Economics. Five years later, he started working as a songwriter for various rising Congolese artists, such as Koffi Olomide and Papa Wemba. In 1995, he recorded his first solo album « Tetragramme », where he sings in duett with Papa Wemba and Madilu.

It was his third album « Bonjour Monsieur » that made him known throughout Africa. For the Congolese public, he was, by then, already famous for his subtle lyrics in Lingala. In 1999, he created his own band Cultur'A Pays-Vie and continues to be prolific and albums are released on a regular base. In recent years, polemic issues between Felix and Koffi Olomide are frequently reported, after he had lost several band members to Koffi's Quartier Latin. 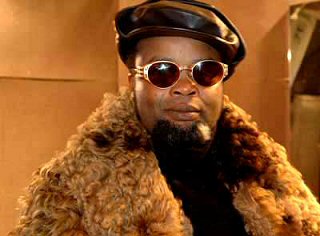