Biography
Ferré Gola has been recruited by Werrason in 1995 to join what was then Wenge Musica 4x4 Tout Terrain. After the group fell apart, Ferré stayed with Werrason and was a singer in Wenge Musica Maison Mère for seven years. He became known through Werrason's 1999 album « Solola Bien » with his song « Vita-Imana ». On their later album « A la queue leu leu » he stood out with the song « Victime d'amour ».

In 2004, Ferré and his friends JDT (Jus d'été) Mulopwe and Bill Clinton Kalonji decided to break away from Werrason's band and formed the short-lived Les Marquis de Maison Mère. On their album « Miracles » he was responsible for three songs. The group disbanded after a while and at the end of 2004, Ferré joined Koffi's Quartier Latin. On their album « Danger de mort », he composed « Insecticide ». After a conflict with Koffi Olomide, Ferré decided to leave and started a solo career.

Ferre first did some featurings, for instance with the late Alpatshino on his song « Déception Luvaka », and with Doudou Copa on the « Terre sacrée » production. He also sang the song « Vie à zéro » on the album « Sans rature », on which many stars collaborated.

In 2007, Ferré released his first solo album « Sens interdit ». The album was quite well received and Ferré continued to impress during concerts. He loses it a bit when releasing a maxi-single of little interest but comes back with a second album « Qui est derrière toi ? ». With his much awaited 2010 concert in the Zénith of Paris he reached another career high. Ferre is loved for his sweet voice, his melodic rumba which with he earned his nicknames « Chair de poule » and « Jésus des nuances ». 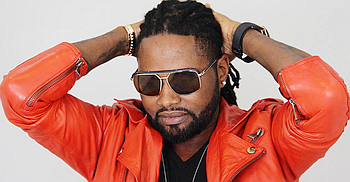