Biography
Doudou Copa has successfully started a solo career in early 2005 after having been member of Extra Musica for eleven years. Doudou started singing, as so many others, when he was young, firstly, in a catholic seminary in Owando, and subsequently in a church choir of the Sainte Marie de Ouenzé Church in Brazzaville. When Guy-Guy Fall left Extra Musica, Doudou was asked by Guy-Guy Fall to help out and join Extra Musica. He was loved for his singing in various songs, such as « Problème sur Problème » (from the album Trop c'est Trop), and for his compositions such as « Zongi Sanga » (Trop c'est Trop), « l'Oublier » (from Obligatoire) and « Ecart » (from Etat-Major).

Soon after he left the band, he recorded his first solo album « Echafaudage », which met considerable success. He chose to go back to Congolese rumba rather than the high speed Extra Musica style, and his nickname Doudou de mi Amor is surely inspired by his sweet rumba melodies.

Doudou Copa contributed with two songs to the rumba compilation CD « Il fallait O'zala » (Tamaris), with the songs « O.N.E. » and « Affaire Ya Poukou ». On a similar production, « Terre sacrée » (Wedoo Music), he sang together with Ferre Gola on the title song. 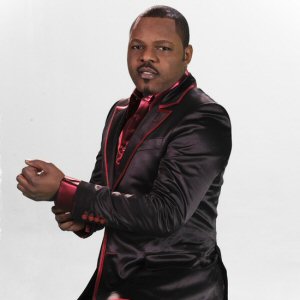