Biography
Aya Nakamura is a young singer, born in Mali from a griot mother. It was her mother who encouraged her to sing. From Mali, her family migrated to the Paris suburb Aulnay-sous-Bois, when she was still a baby. Aya Danioko started a fashion design study, but soon she was more interested in making music, for which she started to use the stage name Aya Nakamura, after a character Hiro Nakamura of the NBC science fiction drama series 'Heroes'.
She posted first songs such as « Karma » on social media, followed by « J'ai mal ». A new song « Brisé », composed by Christopher Ghenda, was uploaded on YouTube in June 2015 and attracted millions of views, up to reaching 29 Million views in early 2020.

Aya Nakamura opened a concert by American-Nigerian Davido at the Modibo-Keïta stadium in Bamako, where she dedicated a song to Oumou Sangaré. In January 2016, she signed with Rec 118, a Warner Music France label. In August 2017, she released her first album « Journal intime », that reached a Gold status in France. On various songs, there are featurings by MHD, Dadju, Lartiste, Keblack and Gradur.

In April 2018, Aya released a new single, « Djadja », the song became a real summer hit, and hit the charts in various European countries, and was the first song by a French female singer to reach the first position in the Dutch charts since « Non, je ne regrette rien » by Edith Piaf in 1961! The song features on her second self-titled album that was released in November 2018. 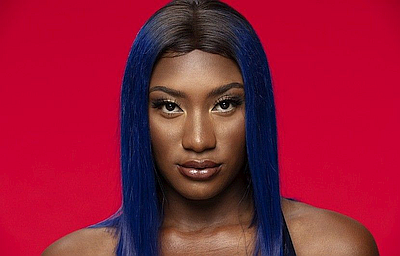