Biography
Tiranké Sidimé is a female singer from Kankan, now residing in the capital Conakry. She started in music in 1985, as backing vocal with Oumou Dioubaté. With the support of Oumou Dioubaté, she created a backing vocal group who accompanied Oumou, Sekouba Bambino and Kandia Kouyaté on their European concert tour called Griot Groove in 1999. As a result, Tiranké participated in numerous concerts as their backing vocalist in 27 European cities.

This experience enabled her to record a first solo album in 2000, « Kèkörö ». The album, recorded at the JBZ studio in Abidjan, was fairly successful and established Tiranké's fame at least in Guinea, but also abroad. She was invited in various countries for concerts and festivals, among others the well-known Festival Nuits d'Afrique in Montreal, Canada. As a sign of her success, she earned her artist name Tira Tira.

Despite the success of her debut album, it took eleven years for her to come back with a new album, that was released in Guinea as a double album « Heremakonoh vol. 1 and vol.2 » in late 2011. The album was digitally released for the international market in January 2012 carrying the title « Makale ». It was the song with that very title « Makale » that reached the top of Guinea's hitparade. 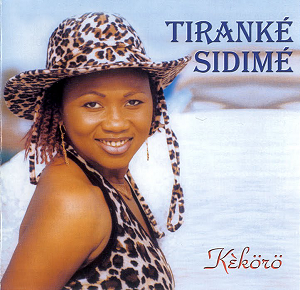