Biography
Henri Dikongue is part of a new generation of African singer-songwriters, along with the Congolese Lokua Kanza. Influences of makossa, Eboa Lotin, and Francis Bebey can easily be traced in his music, as well as some Latin flavour.

Dikongue grew up in Cameroon's capital Yaoundé, born in a family of musicians, originating from the economic capital Douala. He learned to play the guitar through his uncle, and with his grandmother he sung in the church choir in the " Briquetterie" neighbourhood.

Since 1985, Henri lives in France, first in the town of Besançon where he started studying law, but he abandoned after a year for music. He joined a cultural association of Cameroonian students, making music as accompaniment during performances and story-telling, where he met Martin Yog, Alfred M'Bongo and Manuel Wandji. In 1989, he settled in Paris where he took guitar classes again, and tried to record a first album. After a few years, he met Manuel Wandji again, and they decided to work together. Wandji produced Henri's first two albums, « Wa » and « C'est la vie ». The two albums were quite successful, in Europe, as well as in the US.

The nect two albums were less successful. Only after a period of silence of about 12 years, in May 2016, a new album « Diaspora » comes out. 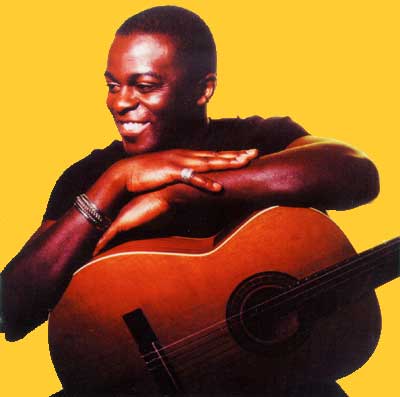