Biography
Yeleen is probably the most famous and influential rap and hip hop group from Burkina Faso and even from West Africa. Founded by Burkinabe Smarty (Louis Salif Kiekieta) and Chadian Célestin Mawndoe, they are known for their engagement reflected in their lyrics, addressing issues as Aids and drug-related problems, neo-colonialism and the marginalised position of the youth. Their music uses elements from Africa and from the West, and is remarkably melodic.

In 2001, they made a first cassette, « Juste 1 peu 2 Lumière », recorded in Smockey's Studio Abazon. It made a big impact in Burkina Faso but also abroad. They represented their country at the 2002 Kora Awards ceremony. In 2003, they were already quite known among African rap and hip hop lovers, they toured in Europe, not the least at the Festival Mundial in the Netherlands. In December of the same year, at the occasion of the release of their second album « Dieu seul sait », they organised the 72 heures de Yeleen, 3 days of concerts by themselves as well as by various guests such as Faso Kombat, Smockey, Basic Soul, Madson Junior, all from Burkina, FAC Alliance from Guinea, Yalad from Chad, and many others.
A third cassette came out in 2006, and in April 2007, they won the Kunde d'Or award in Burkina Faso, a national award they lost a few years before, in 2004, against Amity Meria.

In the summer of 2007, they were in France, touring on various festivals in Europe, and also to record. On 27 September 2007, a first international CD release was announced, with the title « Juste un peu de lumière ». Unfortunately, the international release did not materialise.

Yeleen continued and a fourth album came out in 2009. One song on the album brought about some controversy, and the relationship between Smarty and Mawndoé suffered from the controversy and the criticism by the national press in Burkina Faso. In 2011, renewed problems occurred and this lead to a separation between the two members. They both continued as solo artists. 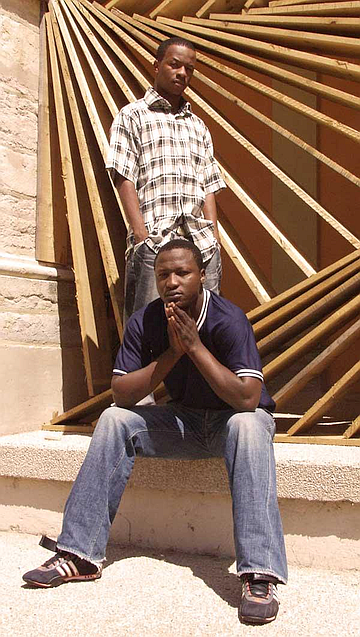