Biography
Amity Méria is one of the most popular female singers in Burkina Faso during the 1990s. Her interest in music, probably coming from her father who played guitar in his spare time, showed at school where she participated actively in musical activities. She did the same during her studies at the university of Ouagadougou (she studied arts and literature) where she was chosen to join the Orchestre de l'Université de Ouagadougou. In 1990, she recorded a first album, with which she received a second price at a local contest, and she toured throughout the country. In 1993, she recorded a second album « Dabari ». Her songs, more melodic than rhythmic, are about women's rights, prostitution, children, peace and African unity. Most songs are sung in Dioula, which makes her songs accessible for a larger public in neighbouring countries such as Mali and Côte d'Ivoire.

In 2000, she was among the Kora Awards finalists, and since then she recorded two more albums. She regularly performs in her country, and was rewarded with the Kundé d'Or in the category of Best Burkinabe artist in 2004 with the album « Maaya ». 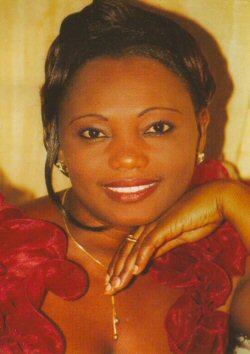